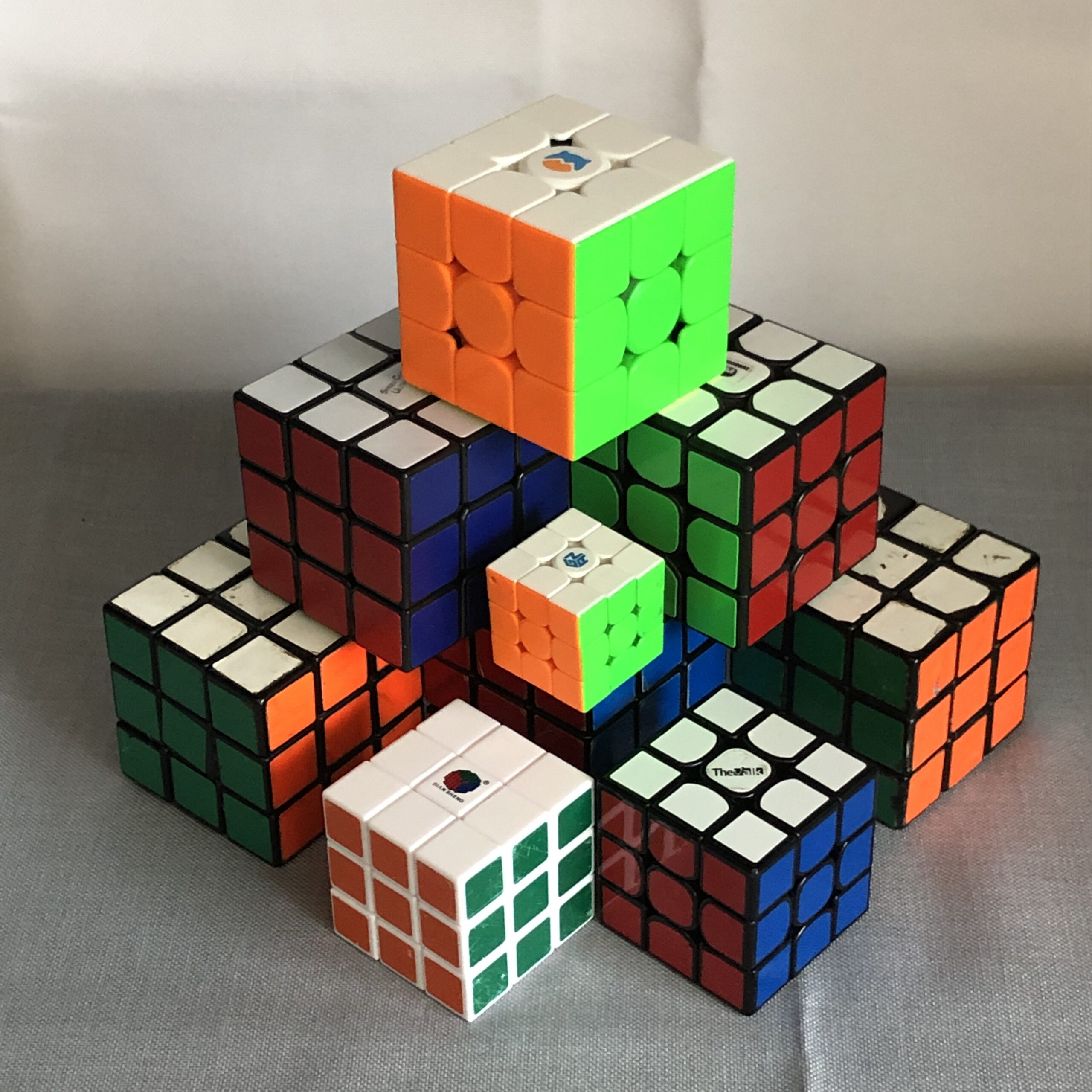 Since the early 1980s I have been fascinated by those tiny and clever coloured cubes  invented by Ernö Rubik.

I got my first cube as a child and as almost every child back then I was able to solve one side, and maybe a second one. I wasn’t aware of solutions “by layer” until I got my first photocopy of an article published in the German magazine Der Spiegel in Janurary 1981. As for most of the German cubers, this was my first chance to solve that tricky puzzle.

Since then I have always had one or more cubes, always keeping more or less interested in the topic. But with my lack of practice and a quite “antique” Layer-by-Layer method I was far away from real “Speed Cubing”, being happy with any time close to 2 minutes. I just wasn’t willing to invest the time to learn an endless number of algorithms.

The (r)evolution of speed cubes during the last years and the Netflix documentary “The Speed Cubers” gave me another kick to try to improve my solving speed. So I started to look for a faster but still easy enough method for that. Thanks to Youtube I found some tips for a first “4LLL CFOP” method for that.

At the same time my son started with his first cube. So I started to look for simple methods to learn the cube for beginners like him.

Most solutions use “letter based” algorithms which are used by most cubers around the world. But to start cubing, especially as a kid, this method of learning isn’t visual and intuitive enough. I am also a “visual learner” and not really comfortable with those algorithms. I prefer the graphic visualization with squares and arrows as used in that first Der Spiegel article.

As I didn’t find instructions of that kind, I started to create my own ones. That’s how the idea for this blog was born.

Tips, tricks and information about Magic (Speed) Cubes and how to solve them.